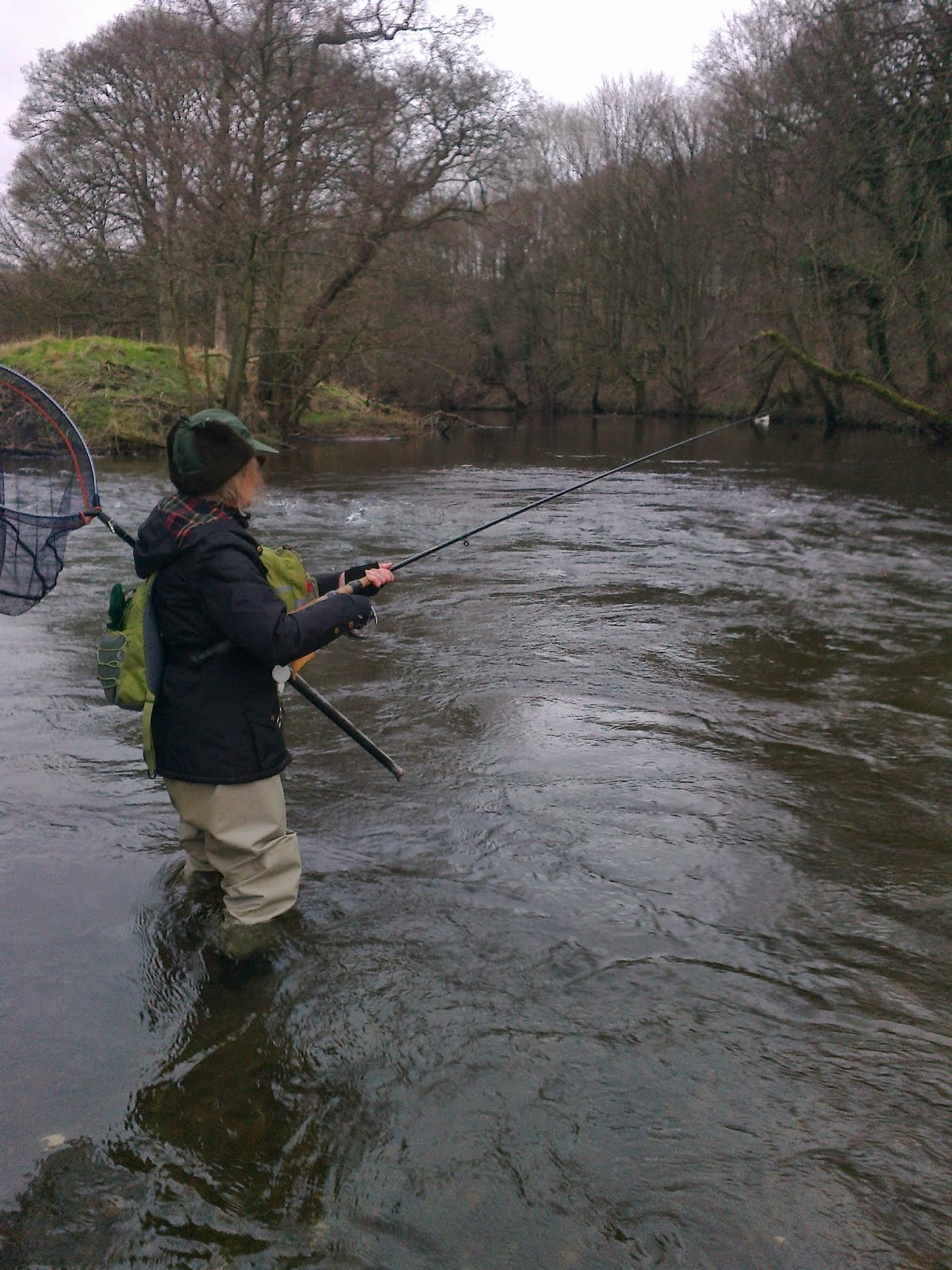 Oops, and there I am wading! Not quite got the swing of the casting on a centre pin reel to launch it across the river from the bank. Partly complicated by the fact that the centre pin reel of my long dead father, was left handed! It is an old Avon Crown and not convertible to right hand. Strange really as my father was right handed. There is, I guess a story there, but not one I am going to discover.
I now hope my left handed son might at some point take up fishing!
Now I started off casting with the rod in my left hand - which worked reasonably well. Except having borrowed a 13' rod, it made my wrist ache quite quickly. Using the rod in my right hand resulted in a number of tangles as I failed to slow the reel. The instinct to use my thumb proved useless as it was touching the non moving part of the reel.
The maggots were as un-alluring as maggots have always been, but the fish liked them. Having at one point wandered off from my mentor, Mr Worthy, I did try a bead head red tag, but failed to tempt a fish. 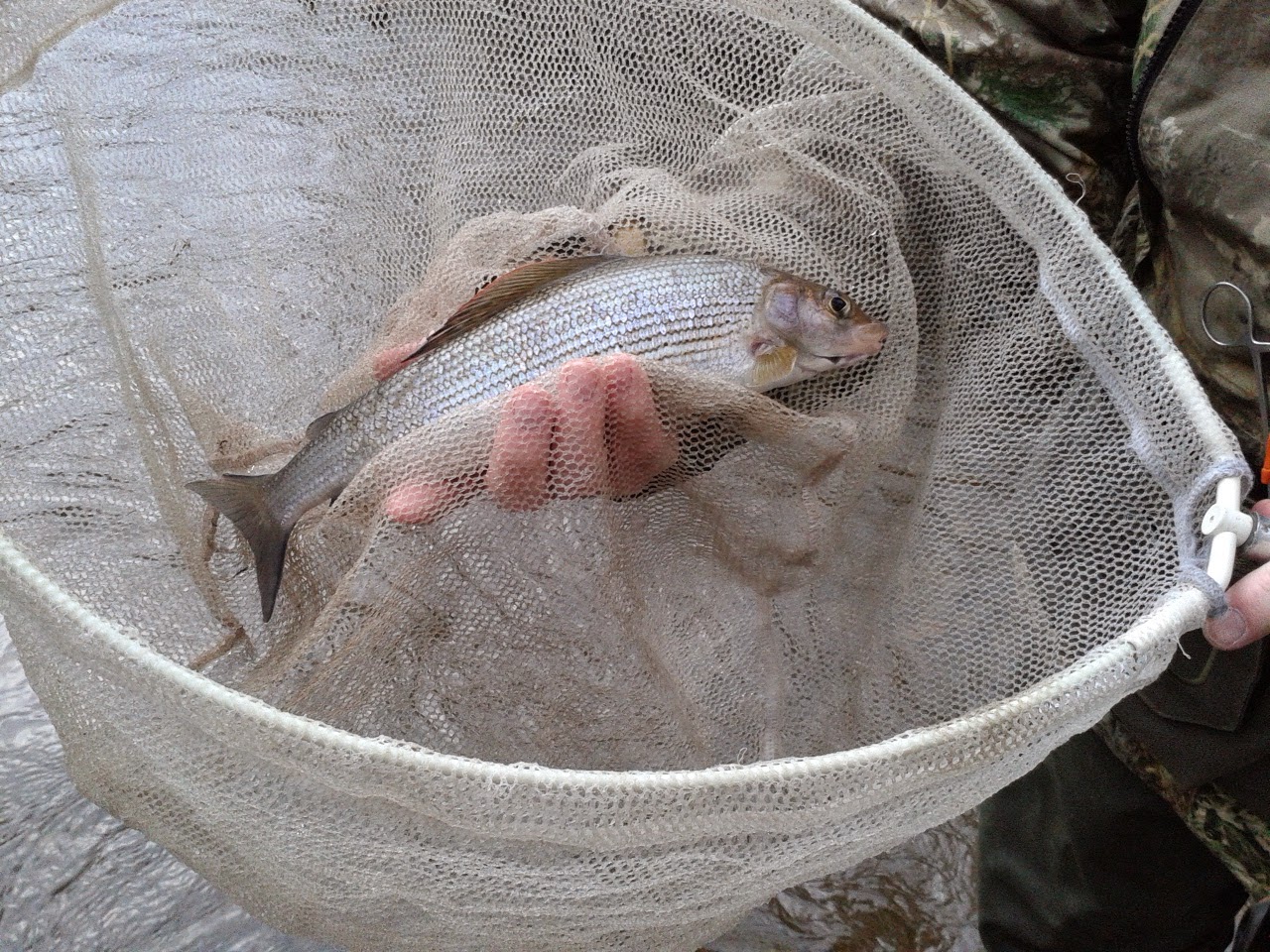 Indeed had I ventured out on my own to try this sport I am sure I would not have caught the number of fish that came to the net – plus the one lost when I lifted into the fish and tangled with a tree.
Back to the drawing board on trotting then. Only a month to fish using this method now, so, hmmm, do I buy a right handed centre pin and a rod or do I think about a silk reel for my fly fishing?