April 1st 2015. A rainy start to the trout fly fishing season on the Derbyshire Wye

We seem to have been having April showers through March, so April 1st was no exception. Between, sometimes heavy, showers and gusting wind I managed to catch a few fish on the River Lathkill.
I had made a fortunate choice, as the River Wye was closed after such heavy rain. Though most of the Lathkill was difficult to fish. 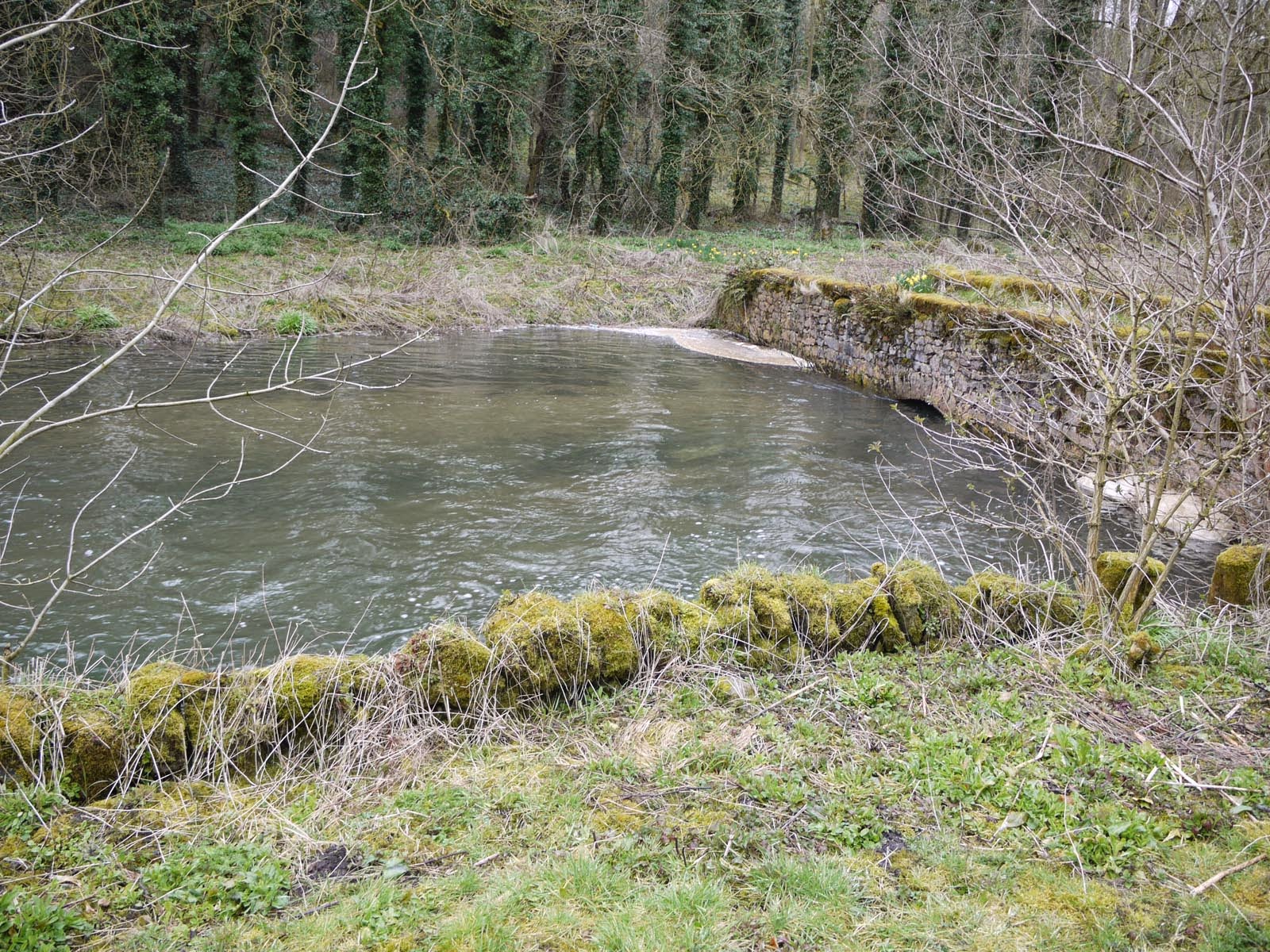 The water was up to the top of the arches of the bridge. Some yukky scum had made its way into this beautiful river too. But it was a little calmer than the rest of the river. In fact to the left of this pool, by the weir the current was a little vicious, making the fly drag quite quickly.
I tackled up with my 7 foot 4 weight rod and 7 foot (Luke Bannister) Stu Crofts style, furled leader and a quite short, 2 foot, 6X Rio tippet. It cast precisely and well in spite of the wind - though of course, I did pause when the gusts were extreme!
The fish I caught were most beautifully coloured. This picture is the second fish I caught and quite small. But the larger fish were also highly spotted with red. I also noted on all the fish the rear top small fin was a deep magneta red. Also a red line along the base of the tail fin. 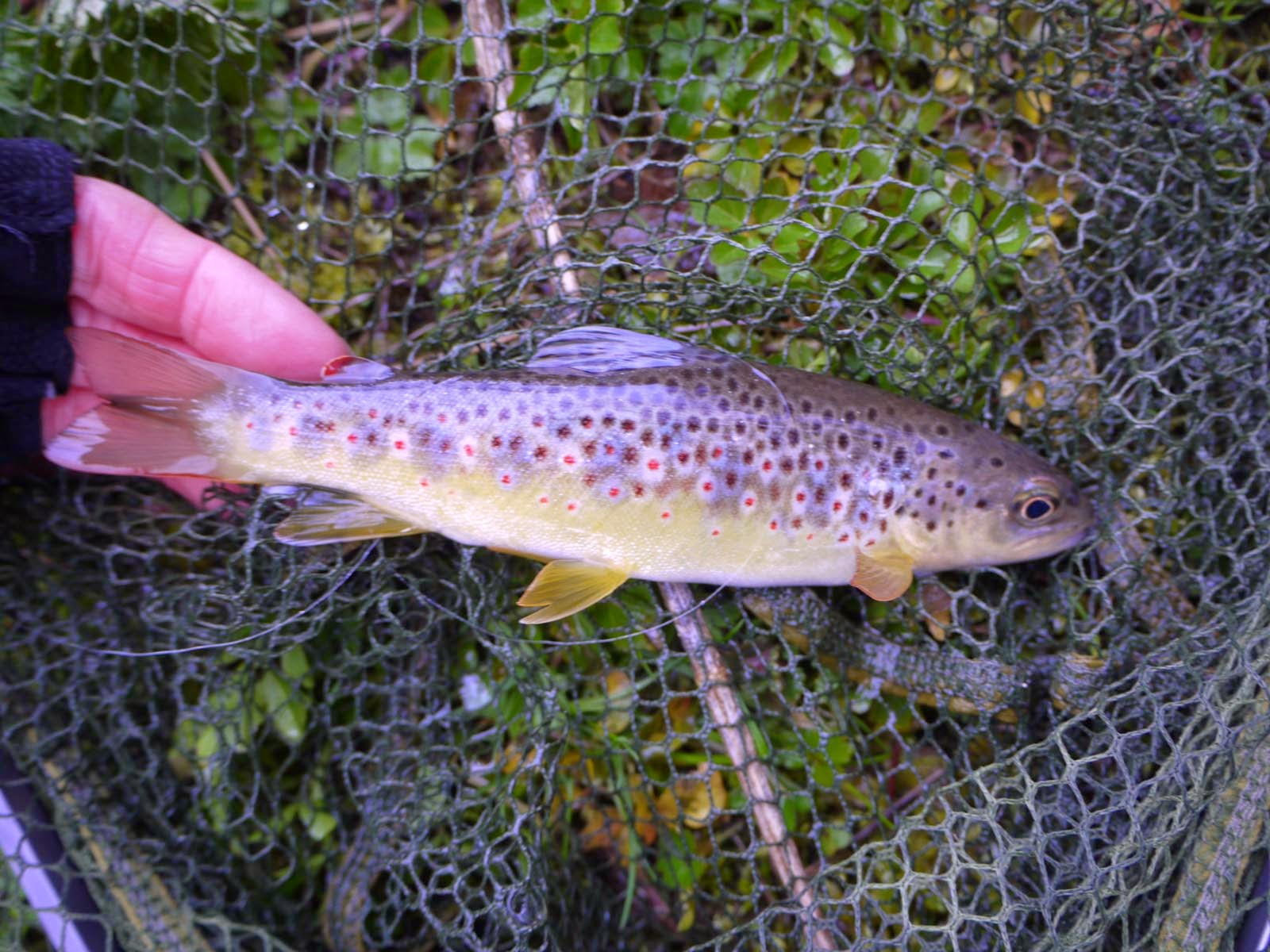 A beautiful fish, caught on a barbless fly and quickly returned to the river. See the River diary page for the flies that caught the fish.
Posted by IreneOs at 20:49